The spring semester ended, and it is summer time now. Almost all my friends had an internship starting in June so they returned to India to spend time with their family. I did not get an internship so I decided, not go to India and work on my thesis over the summer. However, in the first week of summer, the campus wore a deserted look as if some North Korean town with no inhabitants. I went to the lab and had this weird feeling of no one to share lunch and no one to hang out. Out of the blue, I book tickets to New York. 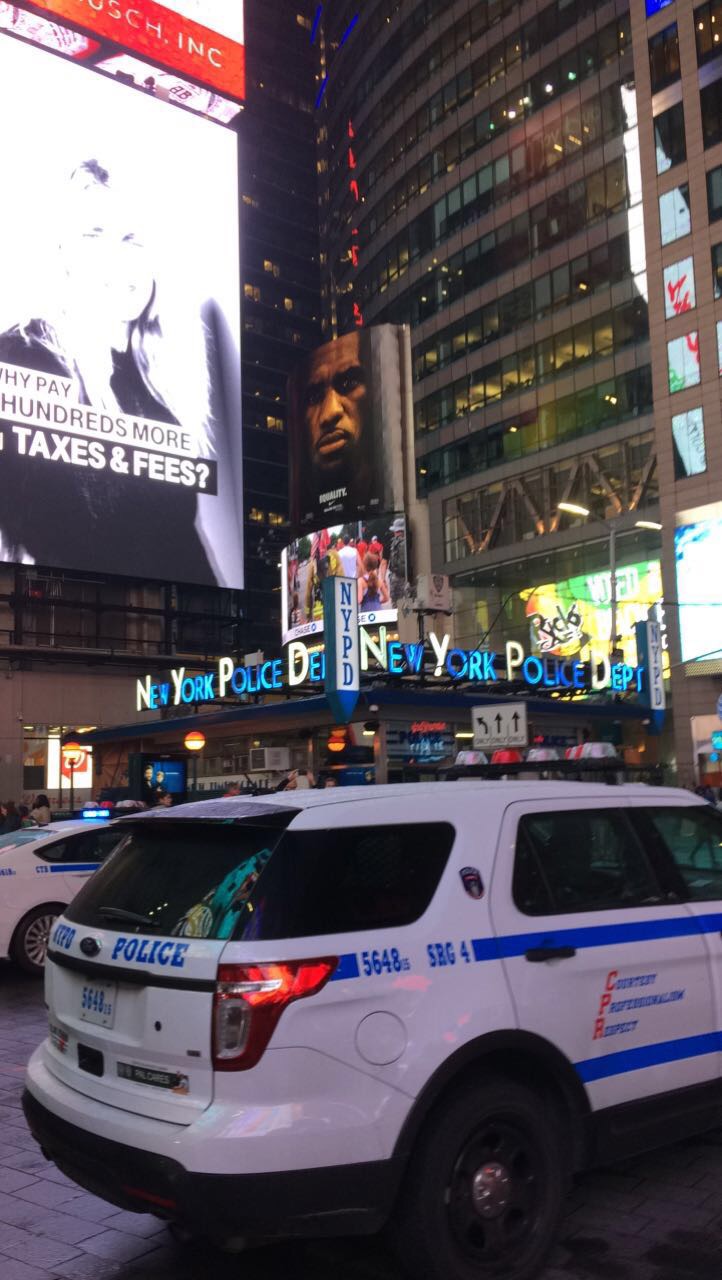 A friend drops me to the Des Moines airport as I catch my early morning flight. I hadn’t slept over 2 hours the previous night in order to finish the work assigned by my professor. But I managed a nap in a small fifty-seater plane which recharged me for the vacation ahead.

I take an Uber from the airport to my Uncle’s place and was greeted by my Aunt who had cooked the best lunch for me. The taste of home cooked food that I had missed for over ten months now was all I needed to brighten my mood. Being able to talk to family beyond the glass screens of a phone was the best part. I caught up with her about the things happening in life and we discussed things to do in NYC.

My uncle lives in New Jersey, which is a forty minute ride from NYC so we take the train ride to Penn Station. The moment I stepped out of the station, I was in awe of the buildings towering above me and the overcast weather resembled a Hollywood movie. We walked a few blocks to finally reach the famed Times Square. It was bustling with people and billboard lights glimmering over the buildings. Sitting in the Times Square with a coffee in hand, light rain and trying to soak in the environment around, I had found peace. We then had lots of street food and headed home to an exciting day which awaited.

The next day started with an awesome breakfast of pohe and chai. Later, we had a delicious lunch and set off to explore NYC again. We hopped onto trains at stations and got down to take the subway to reach this place called the Hudson River waterfront at Exchange place. 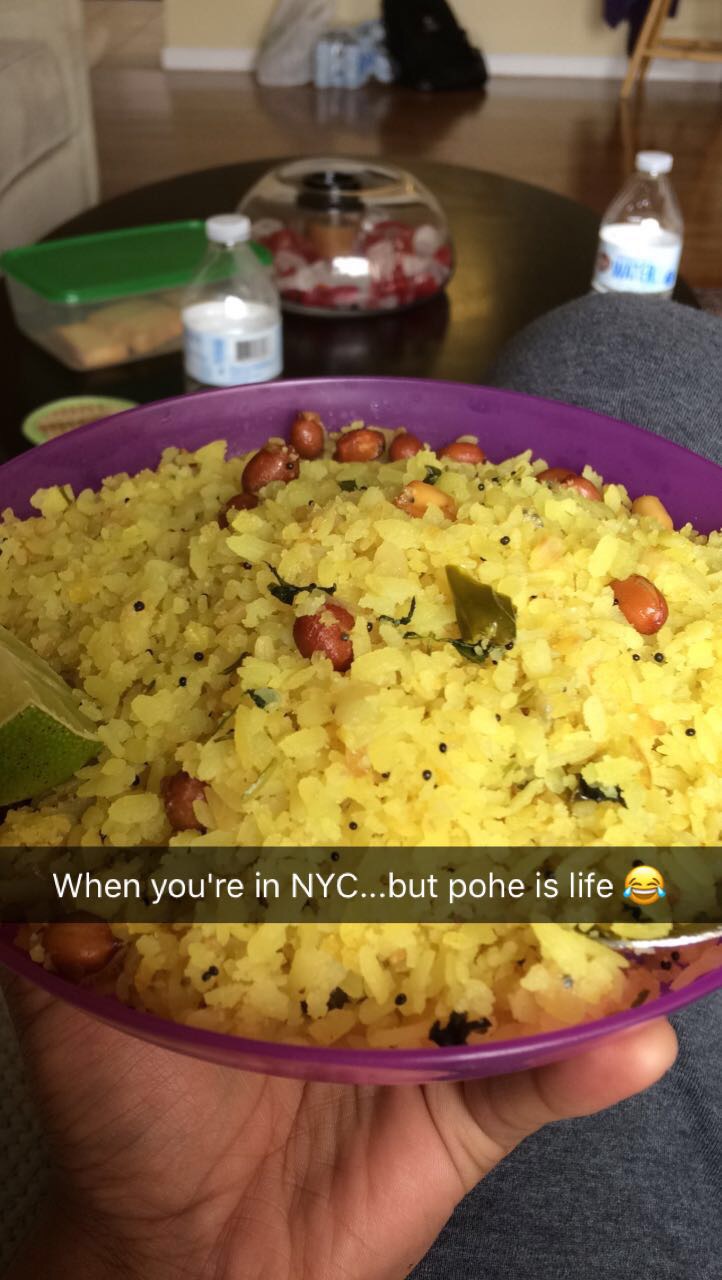 The Manhattan skyline is across the river from this place and gives you a magnificent view. We were lucky that the weather changed from gloomy to sunny the moment we reached there, giving us a breathtaking view of the skyline.

Pictures were clicked and then we headed to see the World Trade Center Memorial. The subway station is beautiful in all white and has an architectural brilliance to it. The memorial is near the subway station and is peaceful and quiet.

We then headed down the streets to see the charging bull and the fearless girl. Being a tourist attraction it was crowded but what surprised me was that people grabbing the bull by the balls, calling it good luck for your finances.

I didn’t do it but I grabbed an ice cream cone from the truck nearby, though it looked appealing, it tasted like flour. Couldn’t finish it, so it was eat street down the drain.

The Brooklyn Bridge was next on our list. Being a weekend the bridge was crowded and initially, we weren’t going to cross it but I had read about a famous pizza place on the other side in Brooklyn so after resting for some time on one of the benches we moved on to the other side.

Juliana’s coal fired pizza was what I was excited about but there was a queue and minimum time for a takeout was an hour and a half so we transferred to their next door rivals, Grimaldi’s,  who delivered the pizza in a paper bag (because they feel, a pizza box gives its flavour to the pizza) to me in half an hour and we went to the park nearby to relish our pizza with lemonade.

The sun was setting behind the Manhattan skyline,  the sight was spectacular. In the same day, I was able to see the skyline from both the sides i.e. Jersey side and Brooklyn side. The pizza was tasty but it was getting late and we hopped onto a subway to reach the Rockefeller center but when we arrived,  the weather was foggy and there was no point in going to the top. So we hung around the blocks and passed through a super crowded and over-lively Times Square again. After hanging around for a little we headed back to Penn Station.

In the meanwhile, a friend of mine from Iowa state is interning in NYC with an apparel firm and fortunately, she lives a few blocks from Times Square. My next train back home was in an hour so we decided to meet up and she showed me around. We went to the biggest Macy’s store in the United States, the Empire State building and later sat outside Penn station catching up on things till my train was about to leave. We do not have a nice picture yet.

Returning home we were exhausted after walking all over NYC for the whole day, but we were already planning the next day. We were going to go to Washington DC, about which I will write in the next blog post. The tiring day put me to sleep dreaming about the next day in DC.

P.S: I am lucky to have my Uncle and Aunt in New Jersey. I was able to see New York as well as Washington DC because of them. Other than the homemade food which my Aunt cooked for me, it was so good to be with family after so long. Had I not been to NYC to visit them, life in Ames would have been difficult. I am so grateful to them and hope they visit me during their Chicago trip. I had a great time.